Adderall: History, Uses, and Side effects 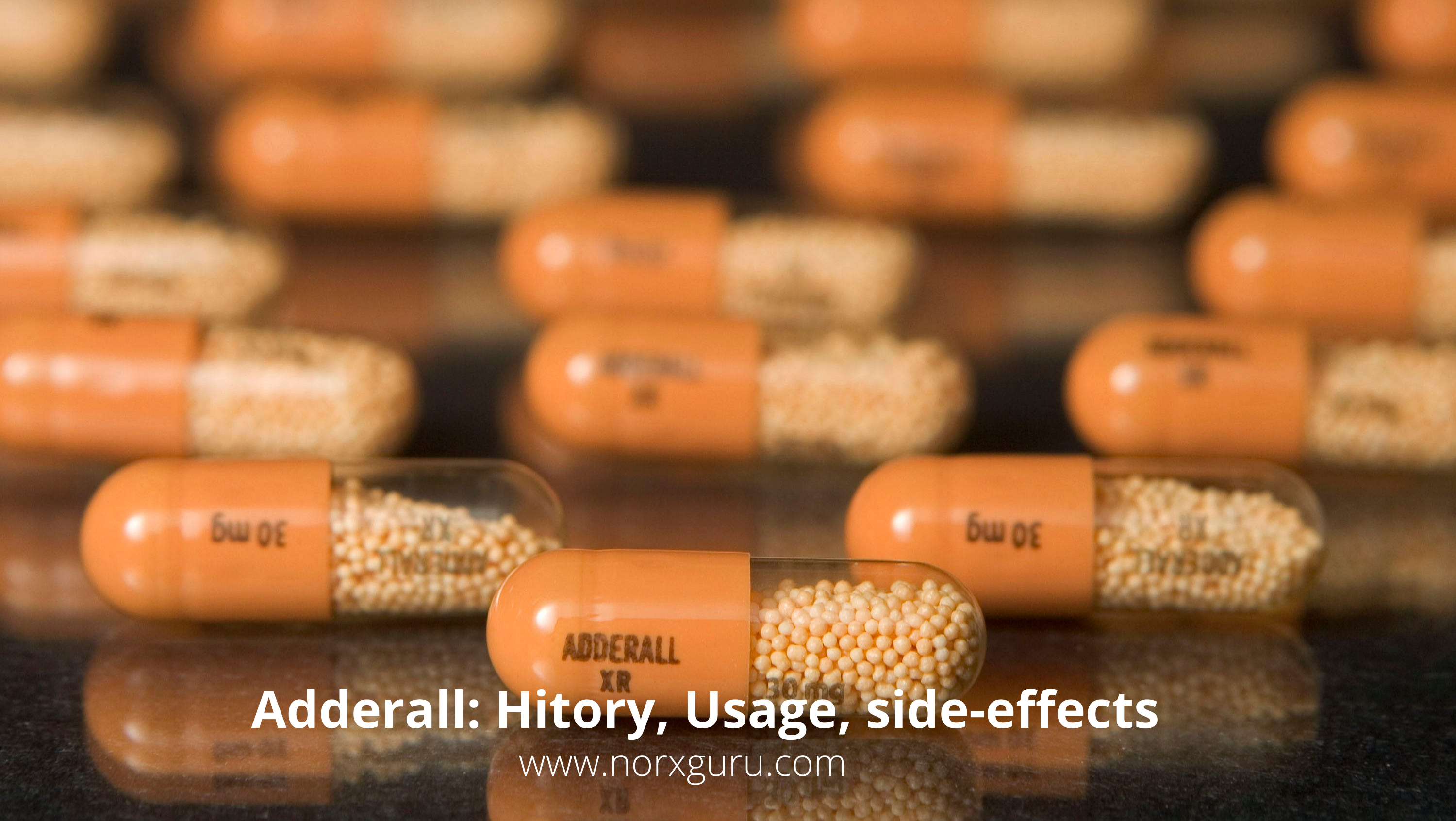 Adderall: History, Uses, and Side effects

What is the history of Adderall?

Adderall first came into the market in 1996, made by Richwood Pharmaceuticals (the Company later merged with Shire Pharmaceuticals). Later in 2001, an extended-release capsule of the medication, known as Adderall XR, became available as a long-term alternative to the original medicine.

Adderall was marketed as a blend of amphetamine salts to help treat attention deficit hyperactivity disorder (formerly known as attention deficit disorder), associated with school children and adults. Adderall XR is popular with college and university students and night-shift workers as it helps them stay awake for the whole night.

The Drug Enforcement Administration (DEA) classifies Adderall medication as a Schedule 2 controlled substance under the Controlled Substance Act (CSA). This signifies that the medication is approved for medical use, but it has a high potential for abuse and addiction.

What is the chemistry of Medicine?

Adderall is a stimulant medicine that contains four different salts of amphetamines. The medication mainly contains 75 percent of dextroamphetamine and 25 percent of levoamphetamine. These substances increase the activity of two major neurotransmitters in the brain: namely norepinephrine (also called the ‘stress hormone,’ which increases blood pressure and heart rate) and dopamine (responsible for sensations of pleasure and motivation). They create the effects of simultaneously stimulating the peripheral and the central nervous system.

Adderall pills can make you more attentive and alert, easing the function of staying attentive and focused for long durations. In contrast to the popular rumor, Adderall does not increase actual intelligence levels and has severe side effects.

What are the side effects?

Unlike methamphetamine, Adderall use rarely causes psychotic episodes, though some other risks are associated with its use, particularly when you do not take it as prescribed. Frequent side effects of Adderall include agitation or restlessness, insomnia, loss of appetite, dry mouth, anxiety, headaches, digestive difficulties, and body tremors. Several people taking Adderall may also experience high blood pressure, sexual dysfunction, or heart palpitations.

Doctors never prescribe Adderall to pregnant or nursing mothers as the medication has potential risks for the newborn baby. The medication can also react adversely with some other medicines and substances, including those prescribed for allergies and hypertension.

What is Adderall used for?

Apart from being an effective medication for people with ADHD, doctors also prescribe the medicine for narcolepsy (a neurological disorder characterized by the inability of the brain to control wakefulness or sleep cycles, causing people to fall asleep suddenly no matter where they are or what they are doing), and some other conditions that affect the ability to stay alert or awake.

Depending on its version and the needs of the patient, you may take Adderall pills once, twice, or thrice each day. People relying on Adderall for their daily functioning have a risk of developing dependence and tolerance, both mental and physical.

How do people use Adderall illicitly?

Like more conventional amphetamines, Adderall is regularly used without prescription by individuals who think it improves their athletic presentation, need to remain alert for significant stretches (as when reading for school tests), get thinner, or simply get a dose of elation. Individuals for whom it is recommended may take extra (non-prescribed) doses all alone for similar reasons.

Those without prescriptions (or who feel their prescription doesn’t cover every one of their necessities) may purchase or take Adderall pills from others: on some school grounds where countless understudies have remedies, the Adderall “underground market” flourishes. A few users, not happy with the outcomes they get from gulping down pills, will pulverize Adderall for grunting or infusing.

What are the indications of illegal Adderall use?

Manifestations of compulsion can incorporate exorbitant use regardless of physical or mental issues from use, rehashed endeavors to stop or chop down use with little achievement, dangerous use, using bigger sums over a more drawn-out period, and using in a non-recommended way like grunting or infusing the medicine.

Manifestations of Adderall overdose can incorporate chest torment, spewing, shallow breathing, fierce shaking, fever, and cognizance loss. If you’ve been taking Adderall and experience withdrawal or excess manifestations, call for clinical assistance right away. When balanced out, get some information about getting detox and treatment.