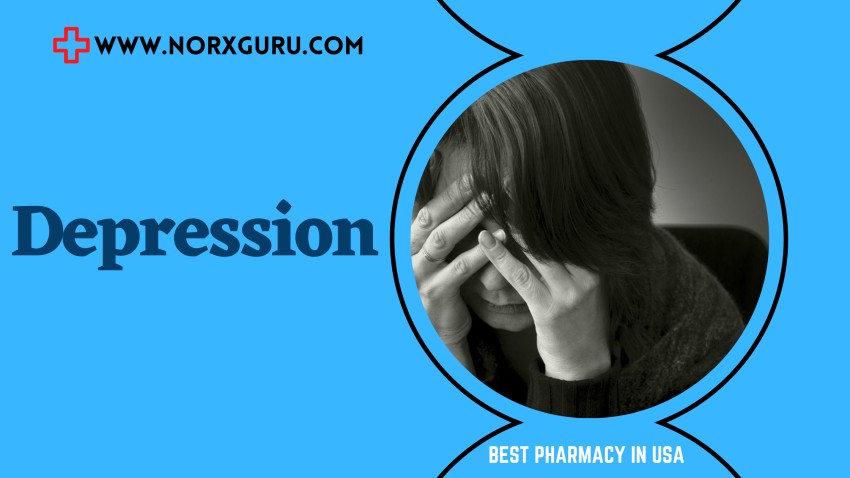 How to Get Over Depression?

Depression is one of the most familiar mood disorders in the United States. The condition causes persistent sadness and also limits someone’s ability to perform their daily life activities.

As we know, depression is treatable, and people recover from it. Some lifestyle changes, therapies, and medications conjunctively help fight depression. Generally, depression management is an ongoing process.

The more a person suffering from this condition knows about depression, the easier it gets to empower it with your abilities. The condition is helpful to treat when you know about it and the reasons for causing depression.

Education people about depression can also help as they will watch out for the signs of depression. Supporting a family or friend with depression in a difficult time is important.

People with depression or other such mood disorders should reach out to someone to get through their difficult times. It is helpful when you feel depressed.

People with depression symptoms can better impact their brain and thoughts after talking to a loved one. The symptoms of depression and its warning signs should be shared with people to make you feel much better.

Talk therapy, including cognitive behavioural therapy, is helpful for people with depression. The therapies help people speak their hearts out in front of others and know about the signs and recoveries of other people.

Visiting a doctor and getting a diagnosis is important when your condition is interfering with daily life. A doctor will help provide guidance, support, and medical treatment options.

Depending on individual symptoms of depression, a doctor may prescribe different medications to them or recommend psychotherapy.

Doctors usually recommend cognitive behavioural therapy for depression. Many studies suggest that CBT can help treat depression, and it may also be effective in many other mood disorders.

Other types of psychotherapies for depression include interpersonal therapy and psychodynamic therapy.

Finding the right depression medication is an important and complicated process. People with severe medical problems such as liver, kidney, or heart diseases could have antidepressants unsafe for them. The antidepressants could also be ineffective for some people at inadequate doses; there may not be enough time to wait for their effects, or the side effects of antidepressants could be bothersome.

Approaching treatment for depression, it is important to keep these critical points in your mind:

Antidepressants, sometimes in combination with psychotherapy or other such therapies, are often the first remedy people get for depression. If one antidepressant doesn’t work well, you might try any other medication of the identical elegance or a one-of-a-kind elegance of depression medicines altogether. Your physician may also try changing the dose. In a few instances, your health practitioner might endorse taking more than one remedy for your depression.

Here are the principal forms of antidepressants at the side of brand names:

SSRIs: Selective serotonin reuptake inhibitors (SSRIs) had been released inside the mid to late Eighties. This type of antidepressant is now the maximum not unusual class used for despair. Examples include citalopram (Celexa), escitalopram (Lexapro), paroxetine (Paxil, Pexeva), fluoxetine (Prozac, Sarafem), and sertraline (Zoloft). Two medicines, categorized as “serotonin modulators and stimulators” or SMSs (meaning they have some similar houses as SSRIs; however, they also affect other mind receptors), are vilazodone (Viibryd) and vortioxetine (Trintellix). Antidepressant side effects are commonly moderate but can be bothersome in some human beings. They encompass nausea, stomach disenchanted, sexual issues, fatigue, dizziness, insomnia, weight change, and complications.

MAOIs: Monoamine oxidase inhibitors (MAOIs) have been a number of the earliest remedies for depression. The MAOIs block an enzyme, monoamine oxidase, which causes an increase in brain chemical substances associated with temper, including serotonin, norepinephrine, and dopamine. Examples are phenelzine (Nardil), tranylcypromine (Parnate), isocarboxazid (Marplan), and transdermal selegiline (the EMSAM pores and skin patch). Although MAOIs work well, they may now not be prescribed very regularly because of the chance of severe interactions with a few different medications and positive foods. Foods that can negatively react with the MAOIs include aged cheese and elderly meats.

Side effects are generally slight, along with a disillusioned stomach, headache, insomnia, and anxiety. Bupropion may be much less likely to purpose sexual aspect consequences than different antidepressants.

Esketamine (Spravato) is a unique medication initially advanced as an anaesthetic and thought to treat despair through its consequences on a brain chemical called glutamate.

It is administered as a nasal spray and is used in those who’ve not responded to remedy through different antidepressants. Its most common aspect effects include:

If any of these side outcomes arise, they’re usually mild and transient.

Mirtazapine (Remeron) is likewise an utterly unique antidepressant that is thought to affect especially serotonin and norepinephrine through different brain receptors than other medication treatments.

It is usually taken at bedtime as it frequently reasons drowsiness. Side outcomes are commonly mild and encompass sleepiness, weight benefit, improved triglycerides, and dizziness.

Trazodone (Desyrel) is usually occupied with food to reduce the risk of stomach upset. It is regularly prescribed to assist with sleep. Other side effects include drowsiness, dizziness, constipation, dry mouth, blurry imagination, and prescient.

Benzodiazepines are the best medication for the short-term treatment of psychiatric conditions and mood disorders. These medicines cause the most negligible side effects when used as prescribed and for a short duration of time.

These are commonly known as Anti-anxiety medications. Benzodiazepines help calm down the anxious brain by acting in the central nervous system. They work in the brain to impart effects of relaxation and calmness through their activities in the CNS.

Here are the significant benzodiazepines that help treat depression:

Xanax (Alprazolam): Alprazolam, most commonly popular under the brand name Xanax, is an anti-anxiety medication helpful in treating depression. People buy Xanax online to manage depression caused due to excessive states of anxiety.

Also, anxiety disorders related to several other conditions are responsive to Alprazolam. It is one of the most frequently used anxiety medications in the United States. You can buy Alprazolam online to treat different types of mental health conditions such as depression caused due to stress and anxiety, panic disorders, and others.

Ativan (Lorazepam): Lorazepam, commonly sold under the brand name Ativan is also a famous medication for the treatment of depression. Buy Ativan online in different doses of the active ingredient to help treat nervousness, anxiety, and depression.

The medication is helpful as a short-term treatment due to its potential for abuse when used in the long run. People usually buy Lorazepam online to manage anxiety and depression, ranging from 6 to 8 weeks.

Valium (Diazepam): Diazepam, sold under the common brand name Valium, is another potent anxiety medication from the class of benzodiazepines.

Buy Valium online to help treat many psychiatric conditions, including symptoms of acute alcohol withdrawal, depression and anxiety, muscle spasms, and seizure disorders. Additionally, a doctor may prescribe you buy Diazepam online for other purposes according to your mental health condition.